I have declared October Pumpkin month and we are on a mission to make and consume as much pumpkin as possible. So this recipe is part of the pumpkin project. Risotto is  really not the most photogenic of foods but this was sure delicious.I am giving it 5 stars and i will most definitely be making it again. Here is the recipe if you want to try it. I did add mushrooms and spinach to the recipe and we ate it as the main dish. It was very hardy and satisfying.

Here is everything that went into the risotto minus the pumpkin, onion, and garlic 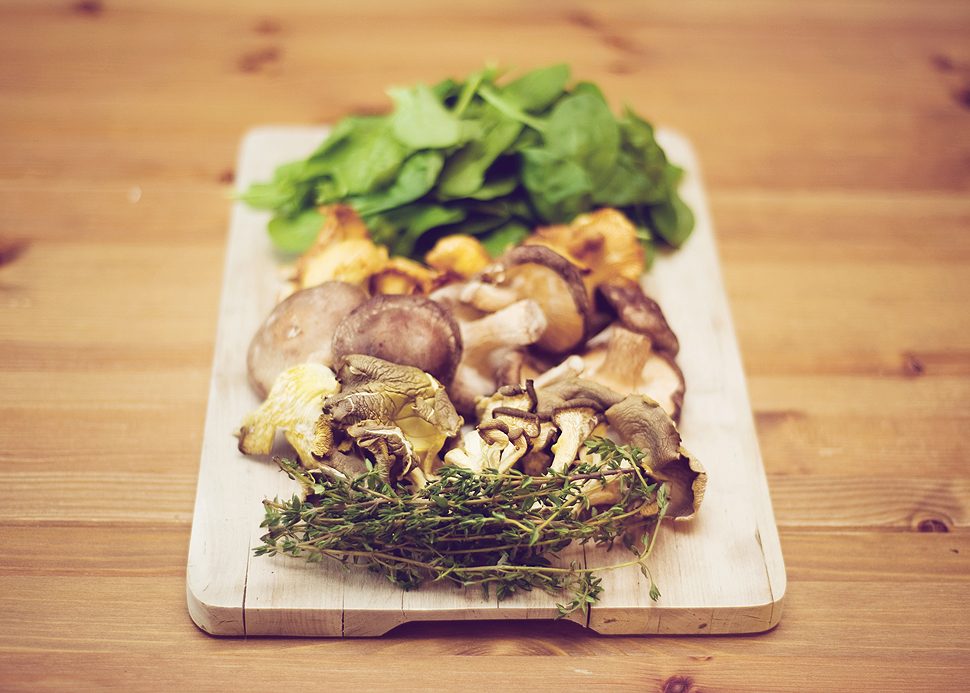 I tried to get Simon to do some of the chopping for me but I don’t trust him with a real knife so I just gave him pumpkin carving tool. It’s nearly impossible to cut yourself with it because you have to saw with it to make it work and it’s pretty dull. Turns out it’s also pretty hard to cut mushrooms with it and Simon gave up pretty fast. On a side note anyone sell pampered chef? it seems like I remember them making a kid knife that was similar to the pumpkin carving tool but only better. I would love to get one now. 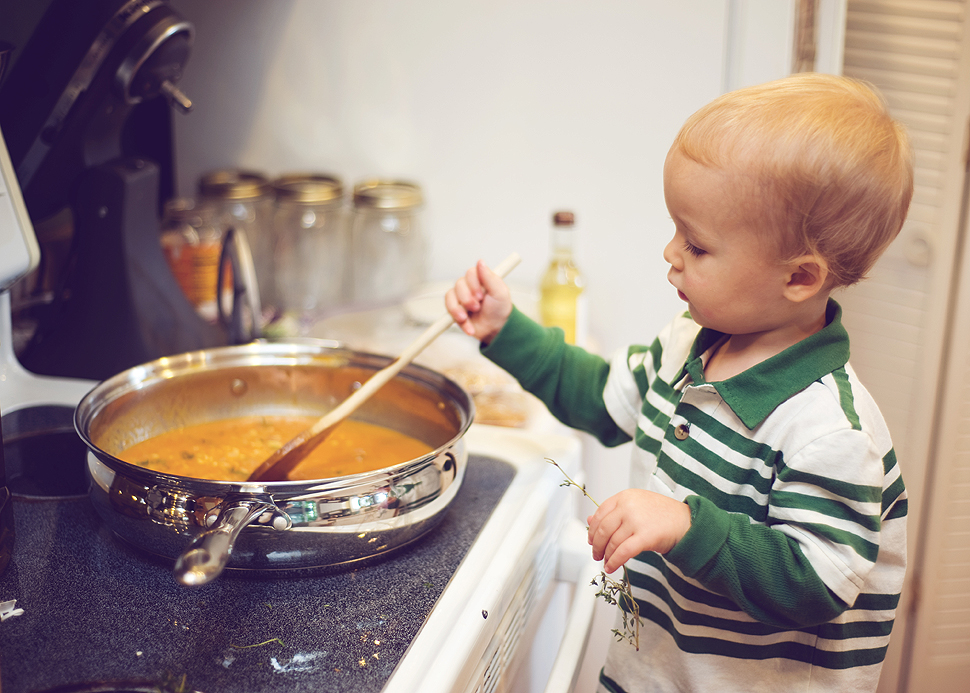 This is probably the main reason that I don’t make risotto more often. It requires nearly constant stirring for 20 – 25 min. Simon was only interested for about 2 min. Notice the Thyme in his hand, I did get him to pick off the leaves for me :  ) 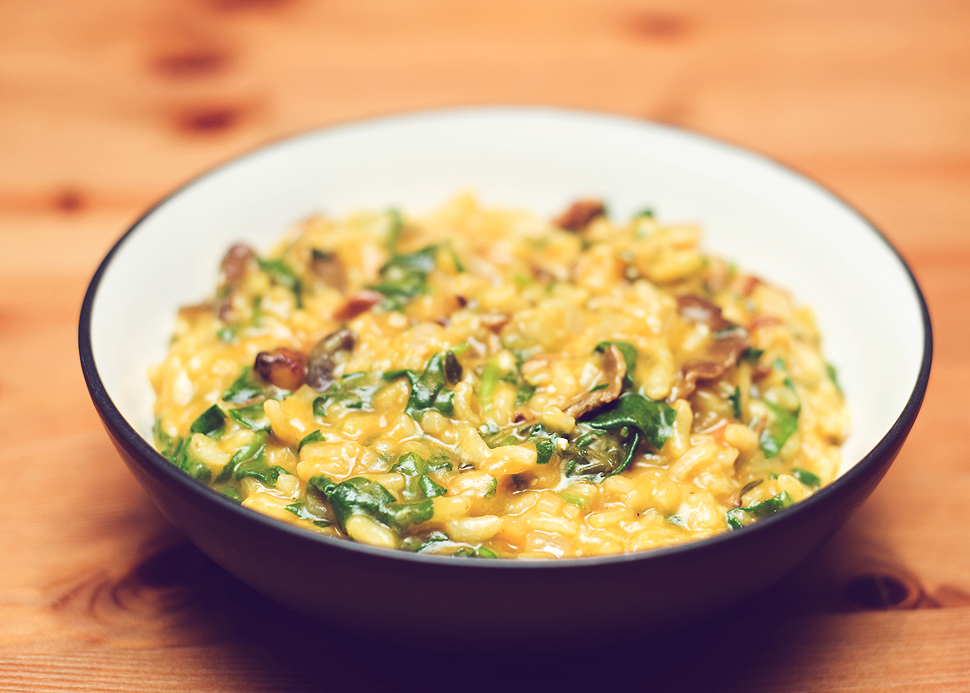 and here is the final product. So I know it looks like a blow of orange rice but tryst me it is amazing! The pumpkin flavor is very subtle though and I thought it could actually do with more. Maybe even chunks of roasted pumpkin in there.