If you are not familiar with the whole bento craze a bento is “a thin box, made of plastic or lacquered wood, divided into compartments which contain small separate dishes comprising a Japanese meal, esp lunch”. Here is the back story. Simon has a really really hard time sitting at a table and eating a meal. He just hates to sit and would rater be off playing or doing other things. I have always made Simon’s lunch when he goes to the baby sitter when I am working. For the most part the lunch comes back mostly eaten. I don’t know how the baby sitter does it but whatever she is doing is working (I think she lets him graze). In February we let Simon start going to a Montessori preschool 2 mornings a week. We love this school but the problem is that there is no longer time for grazing at meals on preschool mornings or during the allotted lunch time). This made for stressful mornings – me trying to get Simon to eat some breakfast or letting him have a muffin in the car. Then most days his lunch was coming back uneaten from preschool and his teacher reported that Simon was complaining of be hungry – A LOT. Well DUH Simon you are barley eating breakfast and then skipping lunch. There are basically two problems at preschool 1) Simon loves preschool and the Montessori activities so much, couple this with the fact that he has a hard time sitting and eating anyway and most of the lunch time was spent socializing and then he would leave the table as soon as possible. 2) they have a mid morning snack time a preschool and the snacks served are preferred foods, things that I don’t buy all that often at home. Things like graham crackers and veggie booty (they have fruit and cheese too but also some form of a grain at snack). I think Simon figured out that if he complained about being hungry he would get a snack that contained foods he loves. So now on preschool mornings I make Simon and egg and after he eats that he gets a piece of bacon (yes, I bribe him with bacon.) And Bentos is how we are solving the lunch problem. 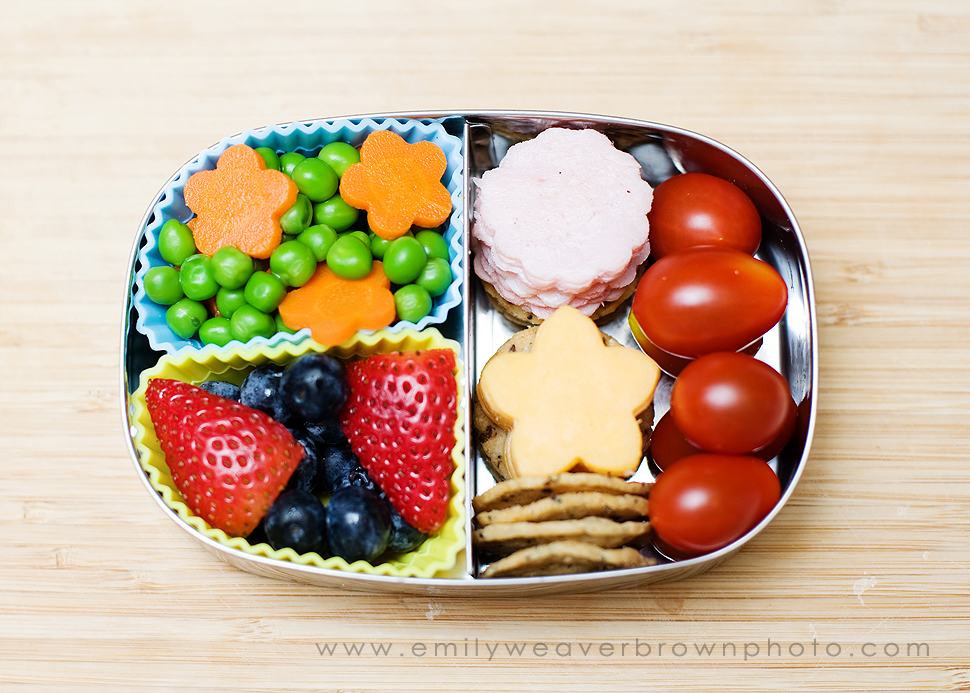 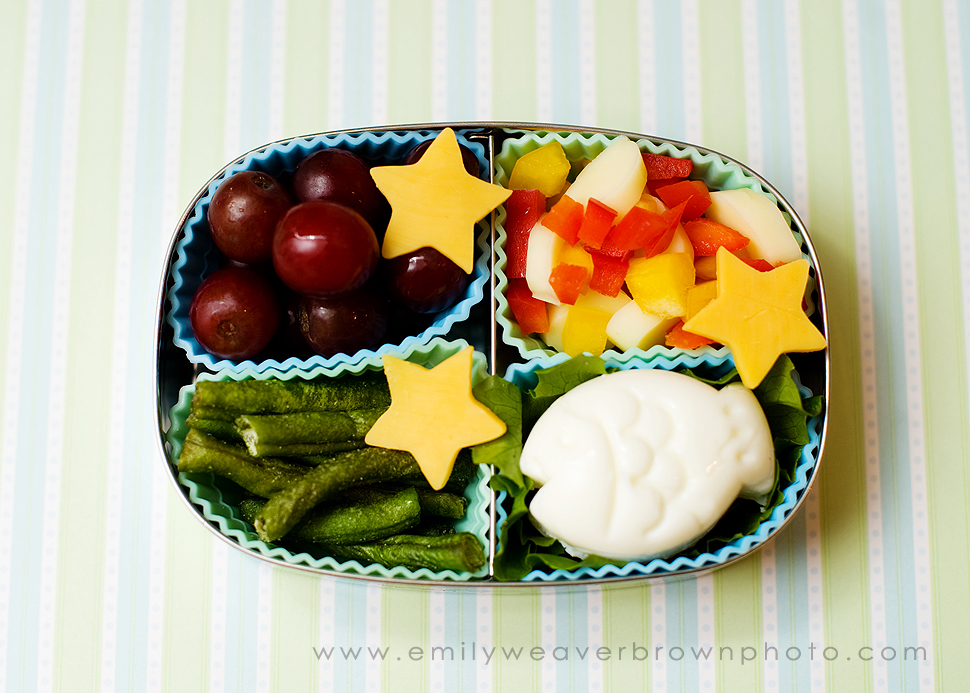 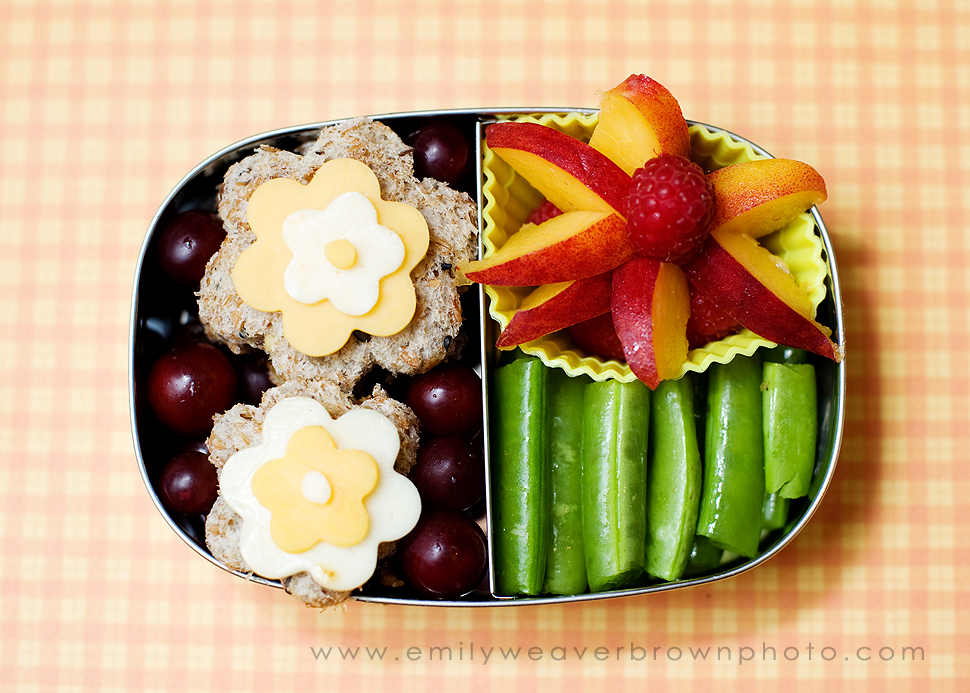 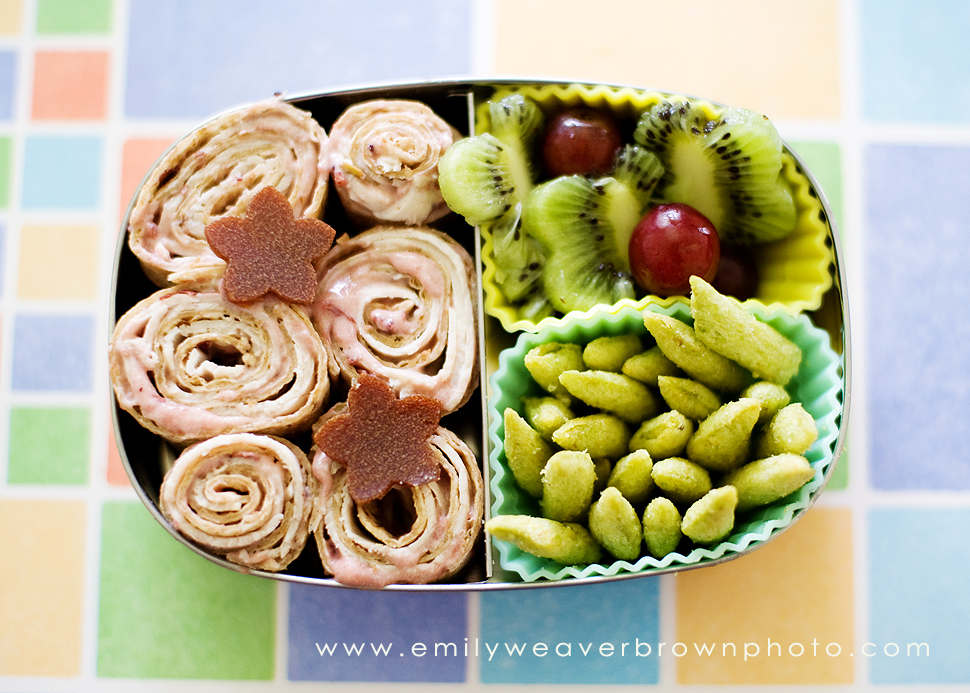 I am finding that Simon is much more likely to eat his lunch if it is visually appealing and also it really helps that there is just one container to open (for the most part). Previously I was putting everything in baggies and he would open one baggie at a time and usually not finish it. Now he is opening the bento and sampling everything. This is a great way to get him to try new things too.  Simon is a very diverse eater but sometimes he has to be convinced to try new things I think the bento is a very non-threatening way to do that.  The bento box I am using is stainless steel and from lunchbots and  I get a lot of inspiration for bentos from  the blog wendolonia.com. These are actually pretty fast and easy to make. I simply fill some silicone baking cups and cut some food with cookie cutters. For the most part I try and feed Simon organic whole foods or at least stuff that is minimally processed. This is hard when making to go lunches, it’s also hard to keep everything from becoming very wheat and dairy centric. So I try to use sprouted grain organic breads/tortillas and  whole grain crackers but I am always on the look out for different meal ideas, so if you have any feel free to share.

right now Simon is on “summer break” from preschool but in a couple of weeks he is starting summer camp 2 mornings a week and he will be taking a lunch for that. even though right now we are eating at home (or out at a park or the zoo) he pretty much ask me for a bento every day – he loves them.