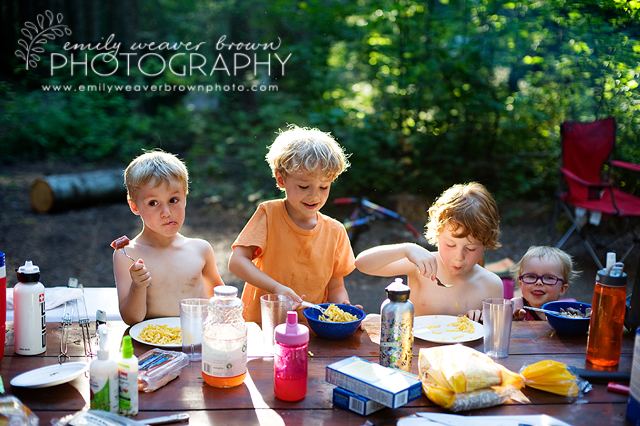 In August we got to camping with some pre school friends and their boys Owen and Henry. We went to Lake Cle Elum and it was HOT and we had a great time. Usually camping in Washington is pretty cold but this time we sweated the whole time. 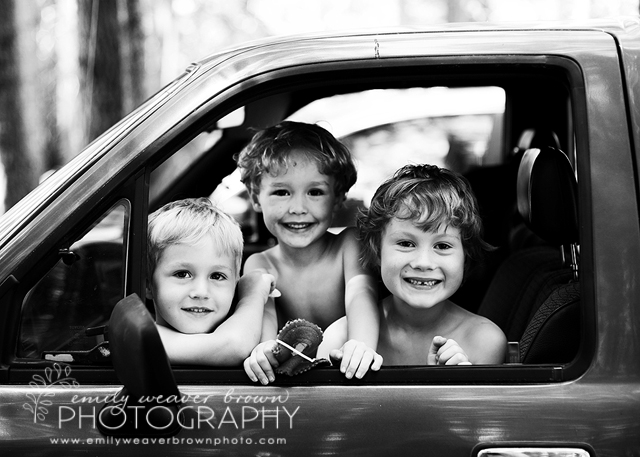 Henry, Simon and Owen playing in the truck

This was Talia’s first camping trip and having never been camping before she didn’t have a sleeping bag. I just bought her a small toddler one and it came in a back pack and she was SO excited about that back pack. She wore it a lot. Here she is modeling it, messy face and all! 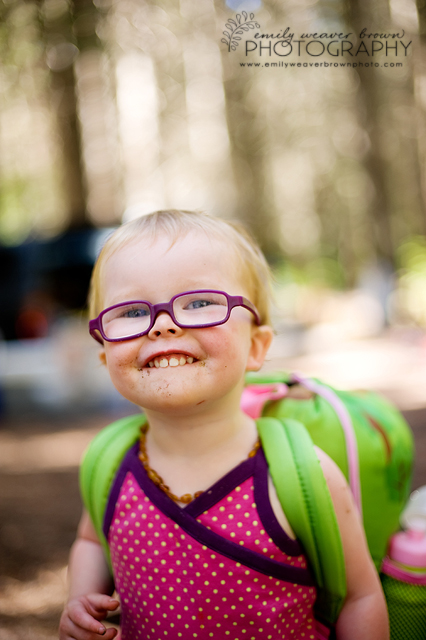 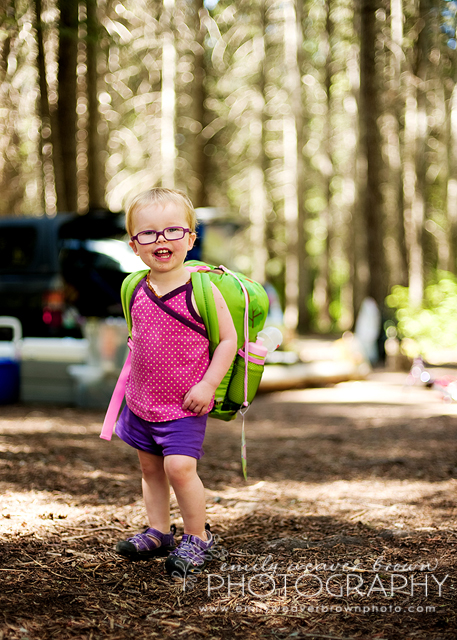 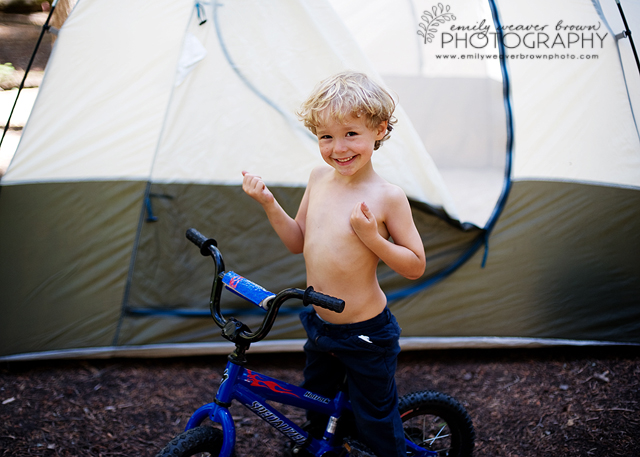 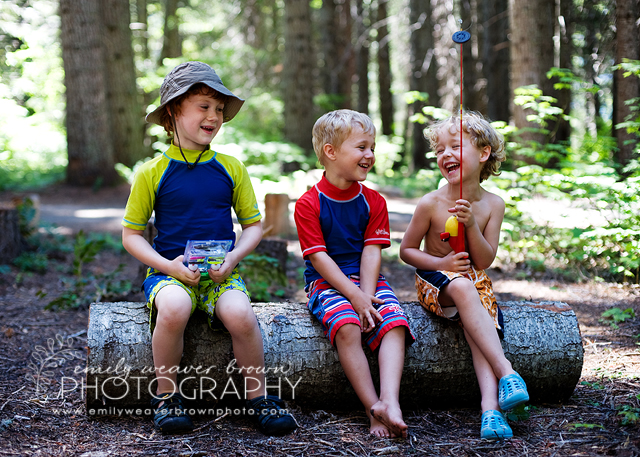 pretend fishing – we brought fishing rods for the kids but we never even put hooks on them. They had the best time just pretending to fish and casting and reeling in. Here they are laughing at some poop joke I made. 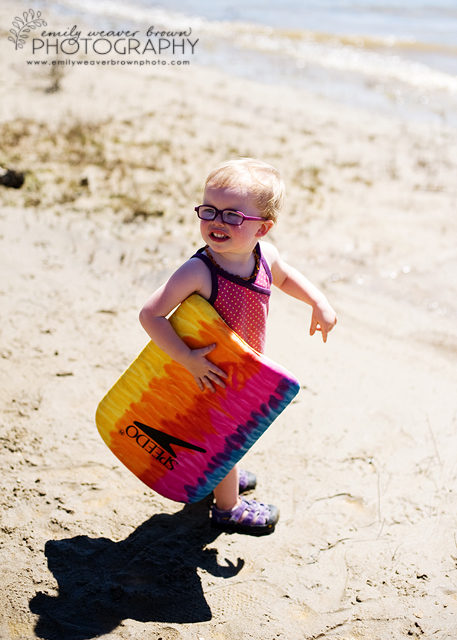 camping dinner or mac&cheese and hotdogs. I just love Talia’s face in this 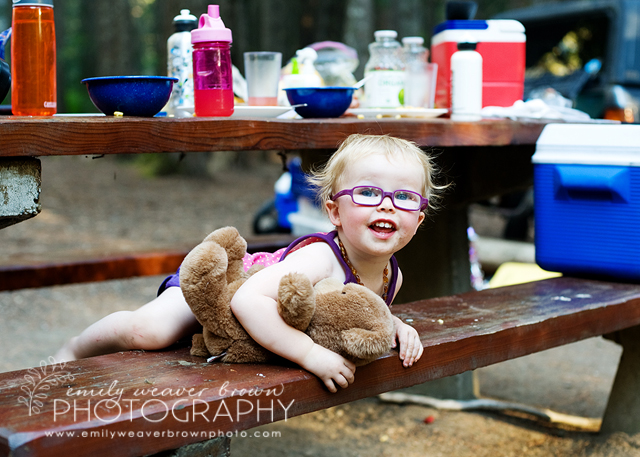 climbing up and down from the table – another favorite pastime. 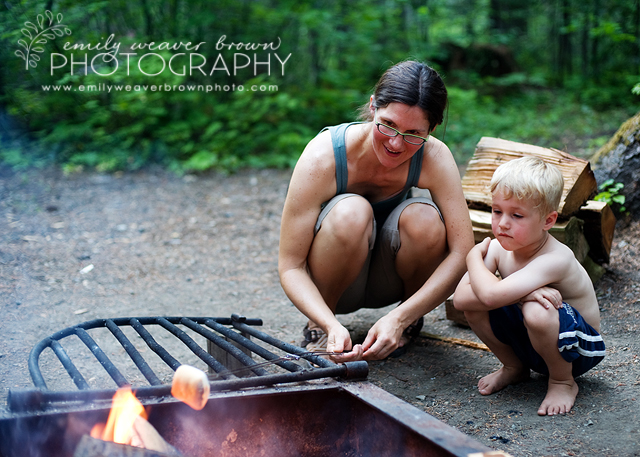 This was the first time that Owen had ever had a  s’more so I had to capture his expression.

Talia getting into a marshmallow 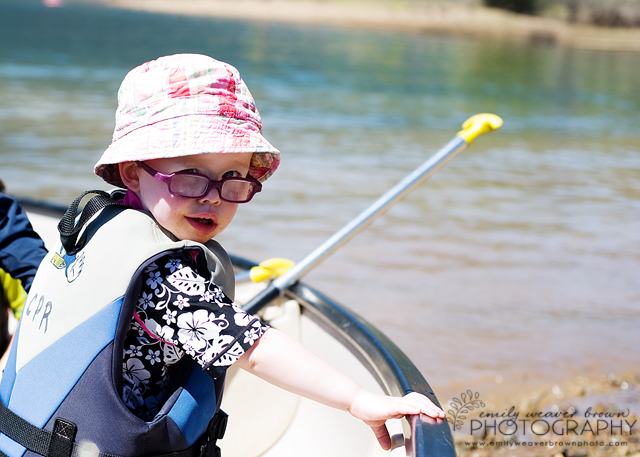 The next day we rented a canoe and headed out on the lake. So much fun. Now Myles wants to buy a canoe

We all took turns paddling around. In the evening Myles and Simon paddled all the way up to the beach by our camp site and the plan was to paddle back to the boat launch after dinner. However, the wind really kicked up and we only got about 100 ft out into the lake before waves were crashing into our little canoe – I told Myles “no way! I’m not doing this with the kids in the boat!”  So we turned around and ended up carry the boat up the hill to our camp site and car. This only took us one hour, mainly because that canoe was really heavy and we also were carrying Talia in it and she is at least another 20lbs. My arms were really sore from it the next day. I decided I would rather be telling this story than a story about the time our boat capsized in lake Cle Elum and I had to drag two children to shore and then walk miles back to camp soppy wet (carrying a supposed crying toddler). Anyway it was an adventure for sure. Camping with little kids is a ton of work so I think once a summer is good for us until they are a little older. The week after this trip there was a huge wildfire up around this lake and 60 some homes burned. I will be interested to go back and see if there is any damage visible from the camp grounds.