No, I haven’t dropped off the face of the earth, I am just in full Christmas rush mode and crazy busy. But I wanted to post about sugar beet harvest before I forgot everything. What are sugar beets? Basically just what they sound like, a large sugary beet. Instead of being red or golden like the traditional borscht beet they are white and about 5x the size. The sugar beet is 15 – 20% sucrose and according to Wikipedia beet sugar accounts for 30% of the world’s sugar production. My in-laws are doing their part to make sure that Americans get their 120 lb annual average intake! 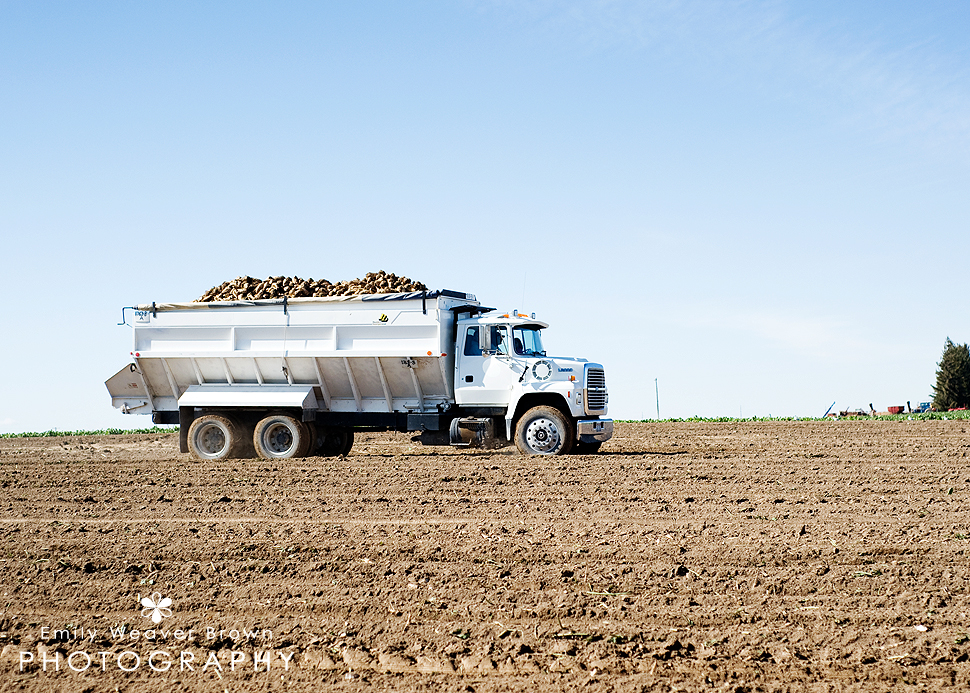 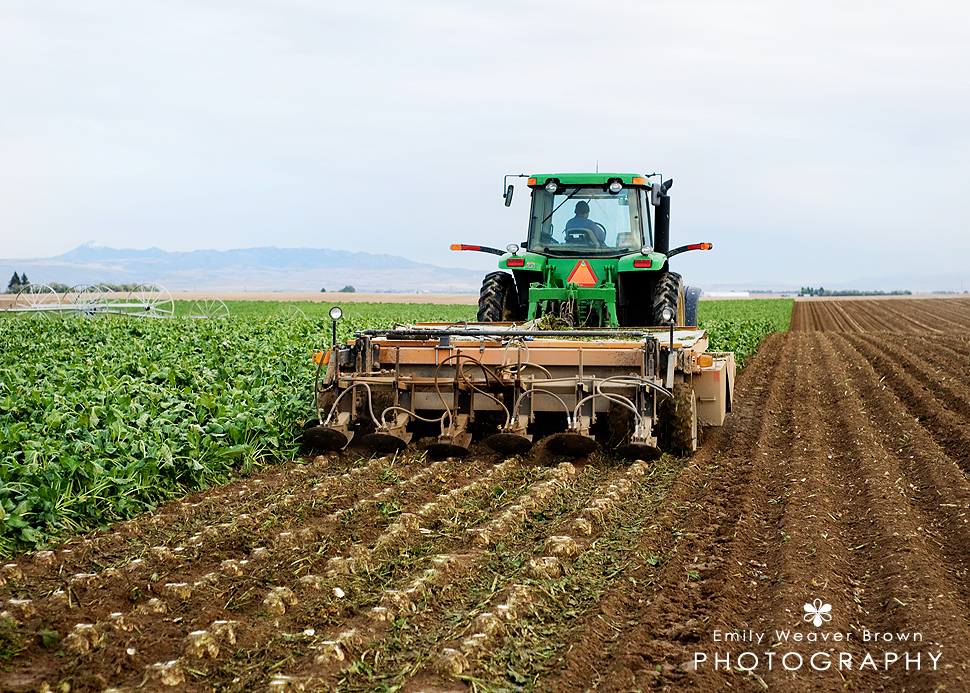 There are two basic steps in beet harvesting (and I would imagine it to be a similar process for all root vegetables). First the beet topper whacks the leafy green top part of the beet down and then slices off the top portion of the beet. This process is pictured above. The goal is to just cut off a small amount of the top so that only silver dollar size portion of the white beet interior is exposed. After the beets are topped the beet harvester digs up the beet. 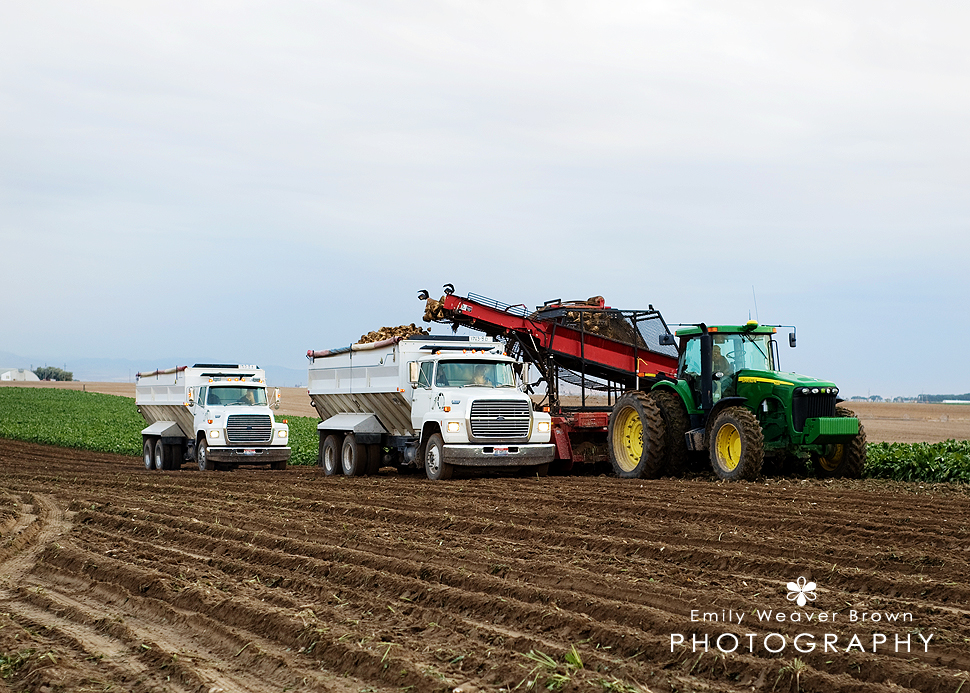 as the beet harvester (also called a beet digger) is pulling the beets out the grown it simultaneously loads them into a truck driving parallel to the harvester. As one truck is filled another truck pulls up behind ready to collect more beets. The average field on my in-laws farm is about 150 aces and it takes approximately 4-5 days to completely harvest it (depending greatly on weather).

Here is a better look at some freshly topped sugar beets that are about to be harvested and a harvested sugar beet laying in the field.

And here is a look at a happy farmer with a very cute grandson!

While I was riding around in the tractors and trucks I asked every worker if they had every cooked, eaten, or made anything from sugar beet. And while almost everyone had tasted sugar beet I could not find a single soul who had ever made anything with a sugar beet or cooked it in it’s raw form. So of course I had to try it. I took home a sugar beet from the field and had Myles use a hack saw to chop it into a reasonable size piece. Then I scoured the Internet for a suitable recipe. Surprisingly the Internet is almost void of any sugar beet recipes. Luckily, I did find this one recipe for sugar beet and black sesame bread. Though I am not sure the recipe author was actually using sugar beets as the picture of their bread looks suspiciously red. But I tried it any way and it actually turned out pretty well. 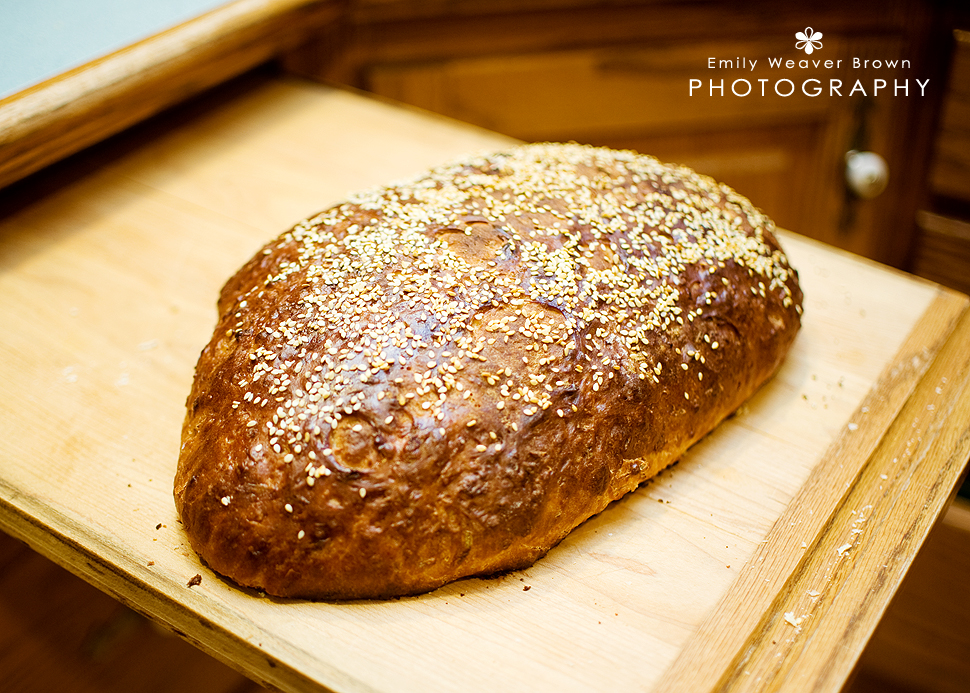