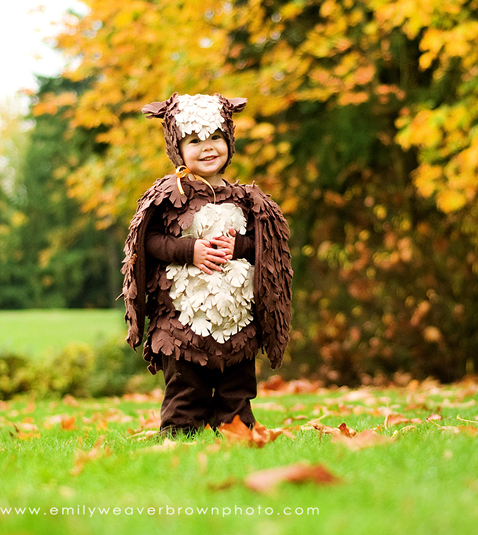 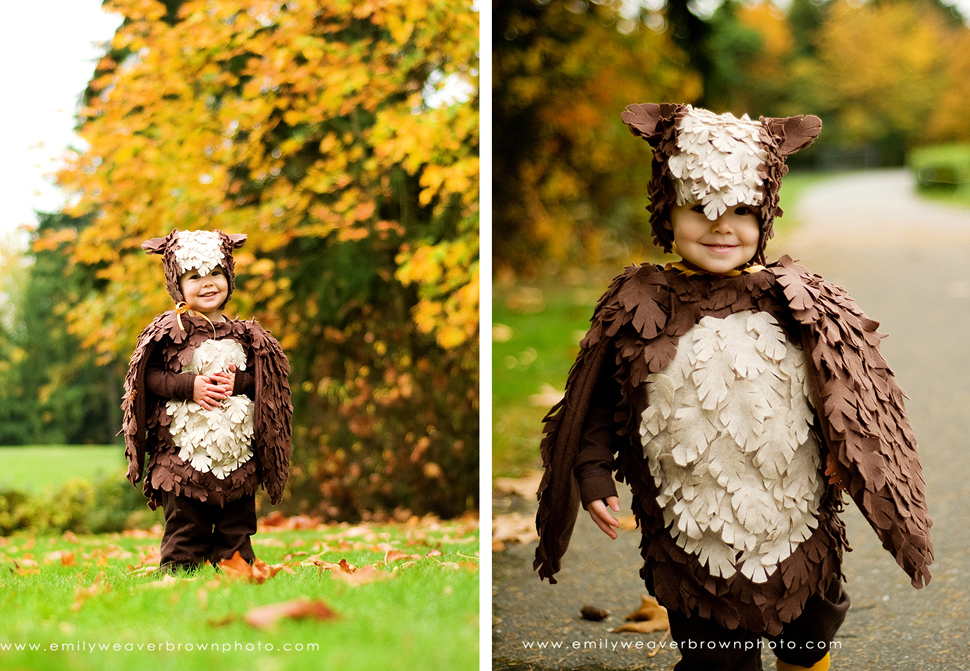 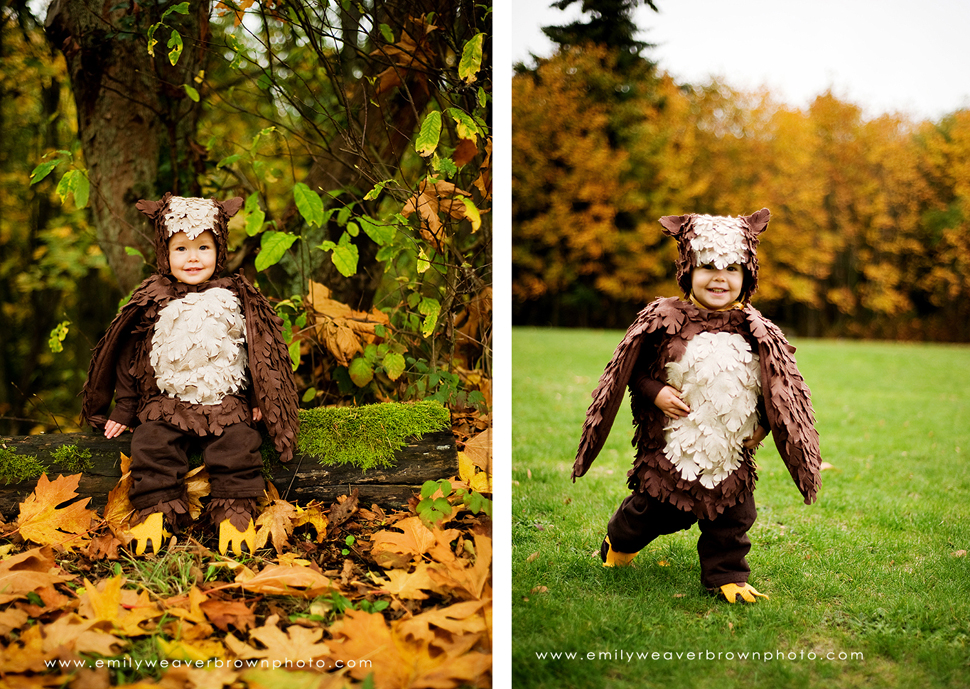 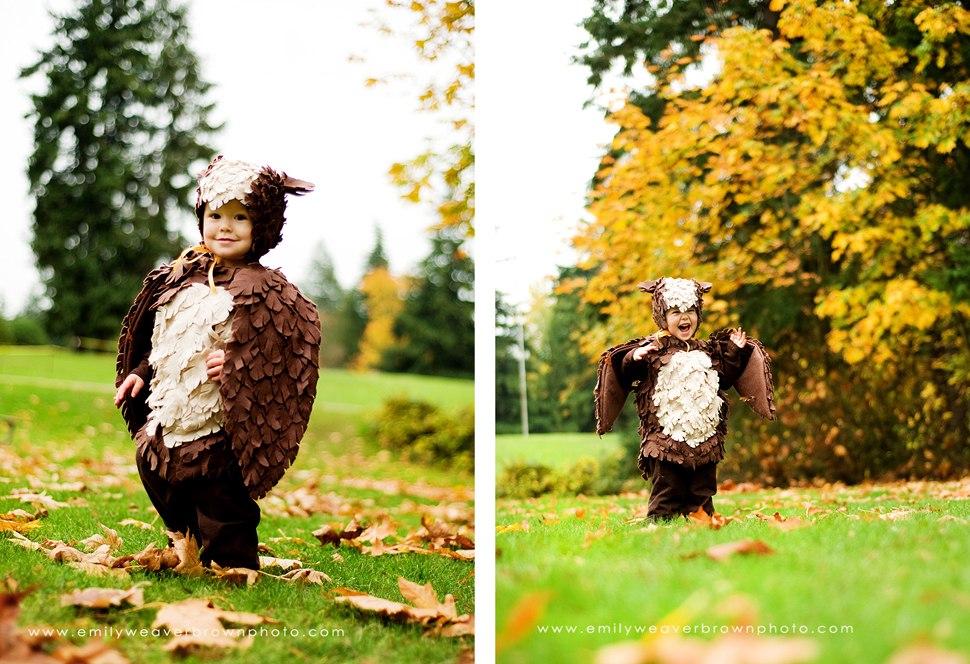 (I told him to flap his wings) 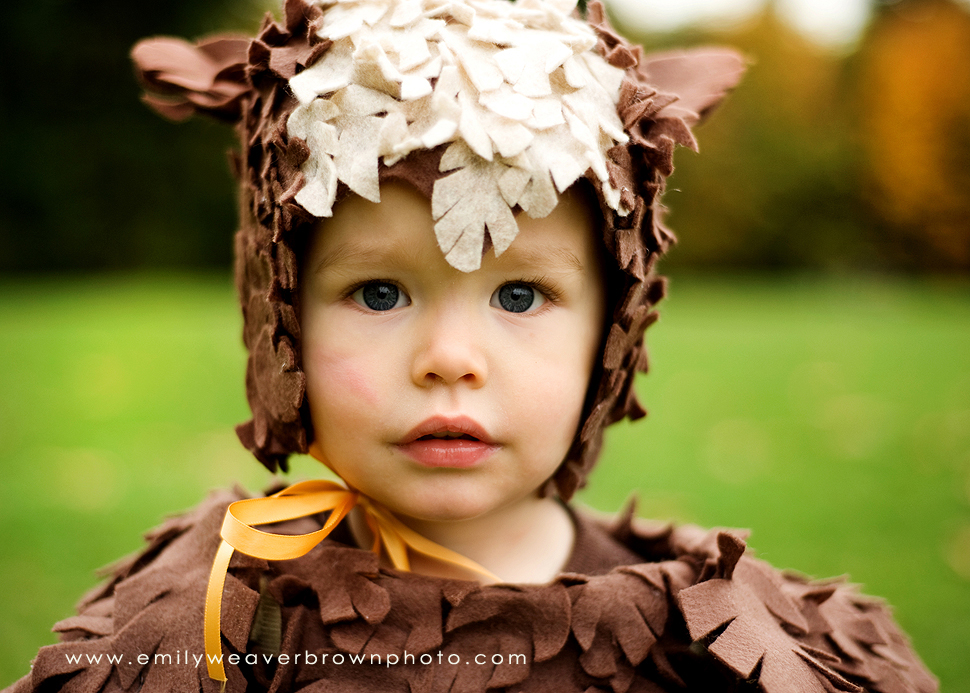 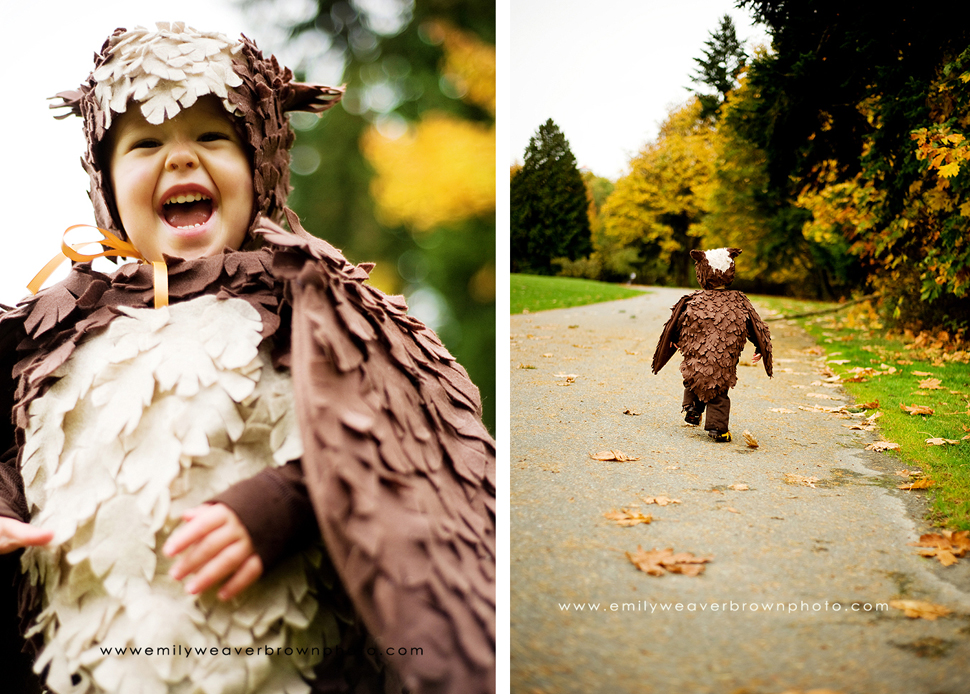 Whenever I have an idea for a costume there is never a pattern for what I envision. So I just end up making up the costume. This results in me making a lot of mistakes and having to buy a lot of extra fabric to compensate. I wanted Simon to be an owl last year but gave up and went with turtle when I couldn’t  think of a way to make an owl costume nor find a pattern that would work. This year I just went for it. I had to cut out the body 3 different times and ending up sewing two different versions before I got to this version. Then I was a little worried that people wouldn’t know what he was but everyone who say him at the park today recognized right away that he was an owl.  And Simon loves the costume, which is a huge surprise since he screamed every time I tried it on him and I had to bribe him with a piece of candy to get him to put it on and go to the park. He really thinks the padding in it is funny and quickly learned that he could run into things with his padded belly and he kept running into me on purpose. Only at one point I was trying to take his photo and he  ran smack into my camera lens – which hurt! and has now resulted in a circular bruise on his face (you can see it starting to form in some of the photos). He cried when I had to take the costume off him to put him in his car seat. I think this year is going to be fun trick-or-treating. Simon already knows how to say “trick-or-treat”. At first he would only say “Want a treat!” but now we have “trick or treat” down.  I have also been practicing with him trying to get him to say “WHO! WHO!” on command (so far no luck). If there are any other owl babies out there please send me a photo of your costume as I would love to see what you came up with.

have a happy Halloween everyone!
-Emily

P.S. if you want to see Simon’s Halloween costume from last year (and how much he has grown) here is the turtle baby.