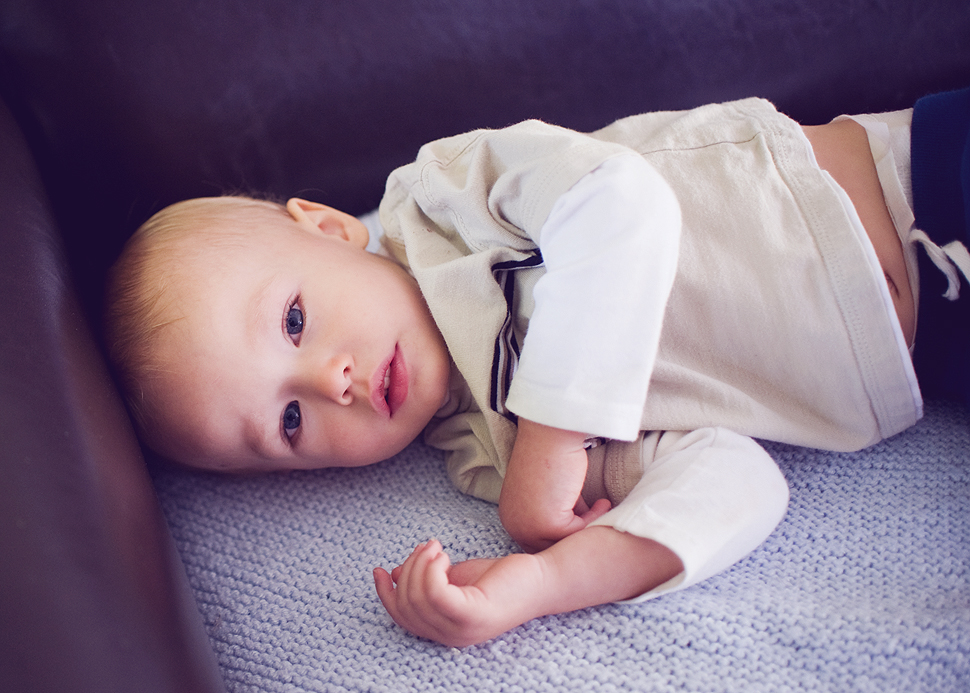 Poor Simon has been SO sick. After we returned from camping all of us got sick, first Simon, then Myles, then me. It was just the stomach flu, it lasted a few days, we were miserable and then we got better. Only then Simon got sick again. At first I thought Simon never really got completely better and he was just suffering from the same flu. He had a low fever and vomited a few times. Last Saturday he seemed to be healed so Myles too him to the zoo but that night he woke up vomiting with a fever again so first thing Monday morning I took him to the pediatrician. She examined him and determined that is was just a bad virus but to keep him hydrated and that he should soon be better. Only he didn’t get better, he kept vomiting, and the fever continued and got worse, by Wednesday it was 103 so we headed back to the doctors office. She told me she was sure that he would have an ear infection but when she examined him his ears were fine. There was no sign of any bacterial infection anywhere. She even checked for a urinary tract infection, and lets just say that getting a urine sample from a dehydrated 18month old is not fun. But everything checked out normal so she wanted to wait one more day to see if the fever would resolve on it’s own before putting him on antibiotics. He had gotten really dehydrated because he was refusing to eat or drink much of anything. Our Pediatrician pointed out that it is difficult for little bodies to break a fever if they are dehydrated so she asked me to keep him on a regime of ibuprofen very 4 hours to keep him comfortable so that he would take some fluids and that seemed to work. We got a lot of helpful suggestions from friends and family on facebook about how to get a sick toddler to drink. Crazy straws worked like a charm and he decided he liked water and those electrolyte drinks  again. But every time I let the ibuprofen wear off the fever would come right back so on the amoxicillin he went.  It can take up to 48 hours on antibiotics to see an improvement and he has only been on them for a little over 24 hours (and the first does he threw up) but he already seems to be much better. This morning he drank a lot of water and even ate a bit and the fever hasn’t come back. So our current thinking is that perhaps we originally all had the same stomach bug and when his immune system was down he got a bacterial infection. So thank you everyone who has been following us on twitter and facebook who have been praying for us and offering us encouragement and good advice. We appreciate you a lot. Hopefully I will soon be able to report that Simon is 100% healthy.

This picture was taken on Wednesday right before we left for the pediatrician’s office. The doctor wanted to examine him unmedicated so I hadn’t given him any ibuprofen and his fever was 103 and he was so lethargic and just wanted to lay on  the couch.